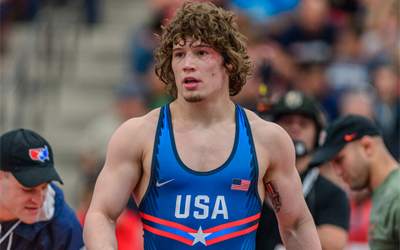 We are pumped to announce that AWA will be bringing in 3x NCAA Champion and Wisconsin Native Alex Dieringer.   Alex is a Wisconsin Native where he was a 3x State Champion at Port Washington, he then went and won 3 NCAA titles at Oklahoma State and is currently ranked #3 in American and is training to make the 2021 olympic team.  This adds to the rest of the awesome clinicians we are bringing in during August.

When and Where:
AWA Lake Country

Monday and Tuesday August 17 and 18 9am-Noon

Who: Any wrestler ages 9 and up