[vc_row][vc_column width=”1/1″][vc_column_text]Watch this awesome fighter feature that ONE Fighting Championship made on Coach Ben!!! 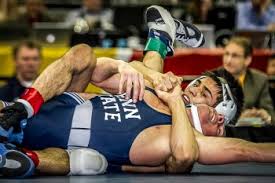 Today I want to talk about confidence. Why are some wrestlers so confident and where does confidence come from? I think Jesse Delgado in the clip above nails it. Two words stuck out to me; time and energy. END_OF_DOCUMENT_TOKEN_TO_BE_REPLACED 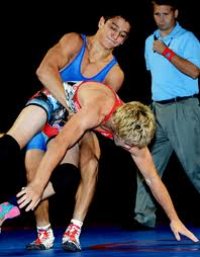 This weeks training tip deals with practice partners and those who continue to perpetuate the myth that you need great practice partners to become great wrestlers. I’m not crazy. I understand that practice partners can help tremendously. It speeds up the learning curve on technique, tactics to work with someone who is better than you. The issue comes with years. If you are looking for short term gains, then by all means. The technical and strategic proficiency from youth to high school to college are three big steps. For kids to progress from a good youth to good high school to good college wrestlers it is essential that they have guidance from a good coach as well. Someone who can help mold their outlook on technique and strategies. Phenom youth wrestlers who don’t do much in high school are a dime a dozen. This also hold true for high school wrestlers transitioning to college. There are so many good programs out there where you can see this. Good programs develop their wrestlers. They may not be the best in the beginning, but with in the system they become good.

Our qualities of the perfect practice partner may not be the best, but the most committed and willing to work. If they show up day in and day out doing the right things you will grow together and become great. 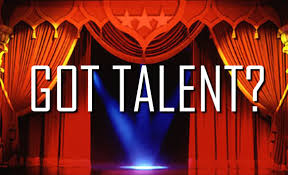 I was rereading Outliers by Malcolm Gladwell last night and I ran across a very important paragraph talking about talent. This is one of my very favorite topics in the whole world and whenever I tell someone “TALENT DOESN’T EXIST” they always look at me like I am crazy. America has perpetuated this myth that Talent is the driver of success forever and people are so infatuated with that idea they can’t imagine anything else. I think the main reason people love to believe this is that it is easy. The reason I say that is if I can look at someone and say he is successful is because of innate talent then there is nothing I can do about it. If I have to admit he is successful is because he chose to work harder than me then I don’t feel good about it. So check out the following quote and please help me stop this myth that talent is real!

END_OF_DOCUMENT_TOKEN_TO_BE_REPLACED

This is actually my first blog I’ve ever written. This is all new to me but I’m going to give it a try. We’re going to call this Mindset Mondays. If you haven’t figured it out yet, the mind plays a big part in Wrestling. Everyone who has wrestled has gone through mental struggles, and I definitely have some experience in this department. I learned to deal with it though, and hopefully now I can help others.

I’ve been at Freestyle tournaments the last couple weekends, and I’ve had a great time coaching our wrestlers. There is one thing that was very common, whether you wrestled in the younger sessions or the older sessions, and that was a lack of experience. Experience was not the problem though, but rather the feeling one gets from a loss due to a lack of experience, and that is called frustration. I understand why this is frustrating, and that is because as a wrestler starts to see success in Folkstyle and wins more matches, it’s hard to go back to losing and still believe that he or she has improved. Yes, Freestyle is wrestling, but it is different than Folkstyle in a lot of ways. If you are an inexperienced Freestyle wrestler it is unrealistic to think you will have the same success that you had in Folkstyle. The big question really is, how does one deal with frustration?

I have a couple tips… END_OF_DOCUMENT_TOKEN_TO_BE_REPLACED