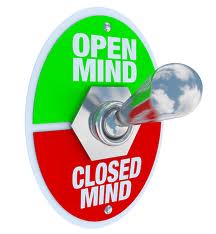 Max and I were on the way to the Youth Takedown Camp this morning, and imagine this we were talking about wrestling. I asked a question along the lines of, “Why are scramblers and leg riders so stubborn to coach?” And what I meant by that is, there are some younger wrestlers that have had a little success with leg riding or scrambling and don’t seem to take tips and coaching well. Instead they want to tell me how they do it. They definitely have an idea of what they should be doing, but by no means has the skill been perfected yet. Obviously this is because they are young and inexperienced, but could be even better at these skills if they learned more or got better at the basics to compliment these skills. For instance, young leg riders usually ride with their leg really deep and wrapped around their opponent’s leg like a vine, and get sat to their butts very often resulting in reversals.

Where as I teach leg riding with a short leg in along with an anchor, and keeping your hips on top, which is more controlled and effective. In my experiences, young leg riders despise trying to relearn leg riding this way. Same with scramblers, if they mastered basic leg defense and didn’t always rely on scrambling, they could be even more effective as well.

Now, I think Max’s response to my question was pretty good. His response was, “A lot of younger leg riders and scramblers have been self-taught. They are used to thinking and experimenting on their own.” I agree with his answer and I also think that they have a tendency to think they are right because they were able to find a way to make it work… SOMETIMES. I am all for thinking outside the box and figuring things out on your own. I think that’s a great quality to have as a wrestler, but if a wrestler wants to be successful, he or she still needs to keep an open mind and be coachable. There is always room for improvement and as a wrestler, you should never want to stop learning or finding ways to do things better.

So I will repeat the lesson of the story- Keep an open mind and never stop learning!

Thoughts on being a man!

Training Tip #11 – The Company You Keep
Scroll to top