Hey everyone seeing that it is New Years Ever I wanted to talk about my best moments of 2013!

8. AWA wrestlers have success- There are too many things to point out in this category, but I couldn’t be happier with the success the hard working kids that come to AWA.  Accomplishments included WWF Kids state titles, Freestyle and Greco State titles, Northern Plains titles, and Fargo National titles.  The thing we are most proud of is sending 9 wrestlers to college, as this is our ultimate goal!

7. Successfully defended my Bellator Title 2 times- I finished both fights with a TKO and moved up to #7 in the world rankings!

6. Visited all 50 states- Traveling is once of my hobbies and I got to visit my 49th and 50th states this year when I saw Wyoming and Montana.  I feel blessed to have been able to see all 50 states before I turned 30.

5. Signed with ONE FC.  Coming into 2013 I never thought this would happen, but after some crazy turn of events I feel awesome about where I have landed.  I will be making my debut in 2014 and I look forward to helping ONE FC blow up! 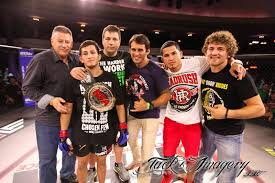 4. Helped Anthony Pettis win UFC Belt- This was a huge moment for the whole Roufusport Gym!  Along with a lot of other success our team has been having lately this seemed like a crowning achievement for everyone involved.  Anthony had to overcome a lot of adversity through injury and had a nearly flawless fight against Ben Henderson to win the title!  The Roufusport team is going to have a lot more great moments in 2014.

3.  Help Agon Wrestling Championships get kicked off- First as the main event for Agon 1 and now as the matchmaker I am really looking forward to helping

Agon WC grow into a sustainable business that gives wrestlers the opportunity to compete as a pro.  Here is to a great 2014 for Agon WC.

2. Opened 2nd AWA in Mequon, WI- After the great success of AWA in Hartland we made the decision to open a second AWA in Mequon to serve the North Shore area.  It has been a great first year and I know the second year is going to be huge! 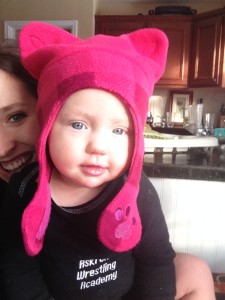 1. Baby Alex is born- Not much else you can say besides having a kid is freaking awesome! Alex was born Feb 10 and it has been so much fun to see her grow…